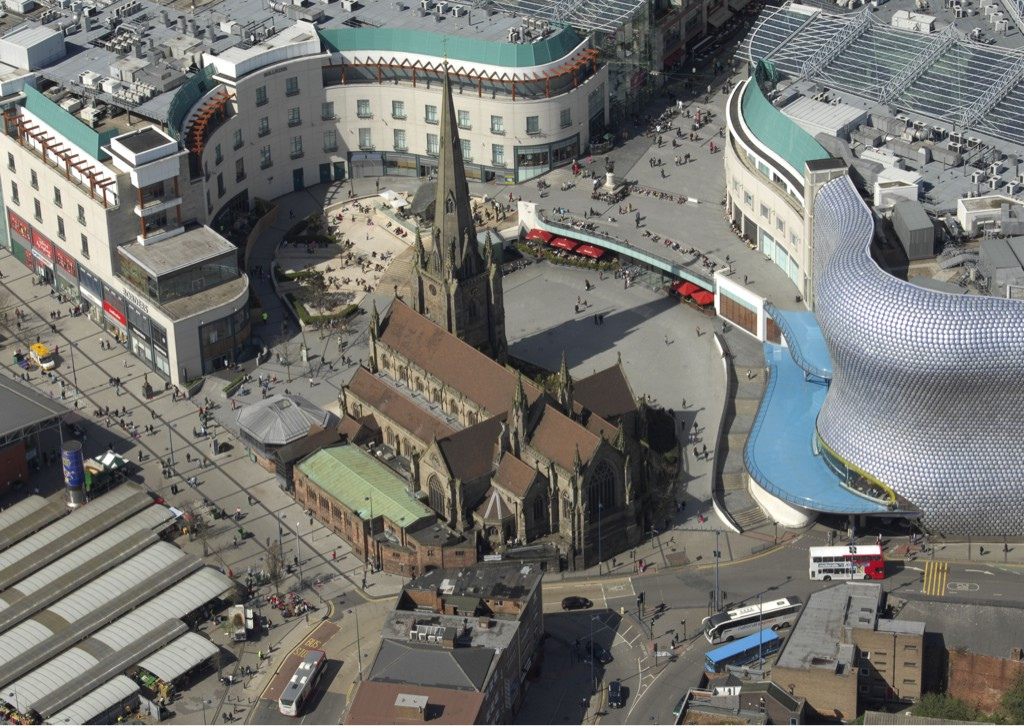 Birmingham is the second largest city in the UK, with it becoming increasingly popular to relocate from the capital to the ‘city of a thousand trades’ (as it was formerly known). But, you might be wondering why people – especially young professionals – are deciding to move to Birmingham.

At Arden Self Storage, we are based in Solihull, so we have a strong admiration for Birmingham and the wider West Midlands, and we can also clearly see why people are deciding to move there. That’s why we decided to put compile some three of the greatest pull factors working in the city’s favour, which are detailed below.

Naturally, our minds all jump straight to the high prices of London when we consider why anyone would leave (or be put off moving there initially). Birmingham solves this problem, though, by offering the same large, diverse-city feel but with far cheaper prices.

In terms of housing costs, for example, London is over 70% more expensive, which means the aforementioned young professionals building their careers and looking to purchase their first home are priced out of the capital and look to Birmingham for – quite literally – greener pastures.

Despite being previously known simply for its industry, which is good in its own way, Birmingham is now establishing itself as a cultural driving force in the UK, which must have something to do with it being one of most diverse cities in Europe.

Firstly, there is the music, which Birmingham holds close to its chest both historically and currently. There was the invention of heavy metal, the birth of The Streets, Ozzy Osbourne and now there is a burgeoning rap scene and bands such as Peace and Swim Deep all contributing to a real buzz about the place. This is, perhaps, indicative of the fantastic local music venues that cater to up and coming musicians as well as established stars; two of the most recognisable being the Hare and Hounds and the Barclaycard Arena, respectively.

Then we have to shed some light on the impressive selection of art galleries and museums at your disposal in the capital of The Midlands. Birmingham plays host to a range of spaces that cater to all visual interests, with there being the Birmingham Museum and Art Gallery (BMAG) as one of the most impressive exhibition spaces in the Midlands, and the Ikon Gallery being internationally renowned for an impressive display of contemporary art, there is something for everyone.

If you like are interested in slowing it down a bit, there is always the opportunity to experience the Birmingham Symphony Orchestra or visiting Birmingham Hippodrome, which happens to be the busiest single auditorium in the UK with over 500,000 visitors per year. These options are ideal for those with a taste that is, perhaps, a little more classic.

Birmingham has always been distinguished for its offering of plenty of career opportunities, whether that be during the Industrial Revolution or when it became known as the first manufacturing town in the world in 1971.

In today’s climate, though, Birmingham offers fantastic career opportunities in just about every industry imaginable. That means that if you’re interested in a career in technology, there is ‘Silicon Canal’, which is England’s answer to the infamous Silicon Valley in San Francisco. What’s more, there are over 20,000 people working in the digital sector in Birmingham.

There are also plenty of careers in more ‘traditional’ industries, with there being a strong showing of banking, insurance, and legal work available for professionals. Similarly, the service, tourism, and retail sectors are flourishing in Birmingham as it establishes itself as a desirable European city.

There is plenty more to talk about in regards to why you should consider a move to Birmingham, but there frankly isn’t enough time to write it all within this blog. We have yet to even mention the diverse, eclectic, and stylish food and drink culture in Birmingham – which includes what is, perhaps, the best Indian restaurant in the UK – Lasan.

In truth, Birmingham is all about character, and you can see that in the friendly nature of the people (among myriad other factors), which contribute to why it’s on the rise and more than 6000 people moved from London to Birmingham in 2016.

Arden Self Storage is located in Solihull, which is just a short, 30-minute drive away and provide self storage options for commercial and domestic customers. This may be of interest to you if we’ve convinced you to move to Birmingham and your possessions take up a little more space than you have, so feel free to get in touch by calling 01675 44 28 27 or filling out our contact form to see how we can help.